The TL Dallas Charitable Trust distributes funds to causes close to the hearts of our team. Supporting many smaller regional charities, as well as bigger, national charities, we have donated more than £130,000 through our trust to date.

Thanks to donations from insurance companies including Ecclesiastical Insurance UK and the fundraising efforts of our team, we continually raise much needed funds to support the wonderful work of many charities including Mind Bradford, British Heart Foundation, Alzheimer Scotland, Candlelighters and Sedbergh Youth & Community Centre to name a few.

We understand the importance and value of community and feel privileged to support the communities around our 12 offices through several partnerships.

Examples include our long-standing relationship with Bradford City AFC. After more than 20 years of support, we have agreed a new and improved long-term partnership with the club, which will see The TL Dallas Stand (South) remain in place for at least the next three years.

We are also established supporters of the Northern Aldborough Festival, sponsoring the fabulous, orchestrated fireworks every year, sponsor several book fairs organised by the Provincial Booksellers Fairs Association, as well as being sponsors of Allerton Park Horse Trials and Art for Youth North. We also sponsor the Great North Art Show which is a not-for-profit charitable trust that promotes contemporary art in the north.

Other sponsorship partnerships include the iconic tractor parade at Lincolnshire Show, Ouseburn Cricket Club in North Yorkshire and Glasgow Academicals Rugby Club, where several of our team have played and coached. We have numerous other sponsorship agreements all over the country that support both grassroots sports and the local community.

We understand the pressures on the planet and work hard to make a difference. We have installed electric car charging points at our head office, as well as being as paperless as possible and embrace ‘remote meeting’ technology wherever suitable.  We are also planning to install solar panels at our head office in the near future.

We have a firm focus on the wellbeing of our team and through our partnership with mental health charity, the Charlie Waller Trust, we provide inhouse bespoke training and awareness for all. According to our annual employee survey in 2022, 64% of the team feel the sessions have given them practical tools to manage their own wellbeing and 93.2% of our team feel they have access to the supportive tools and benefits they need to cope with work challenges. 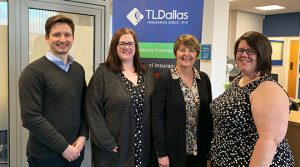 Fundraising in the Shetlands 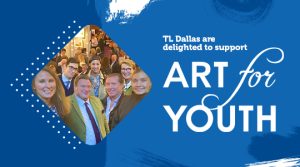 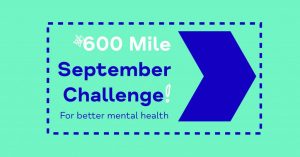 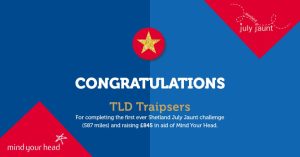 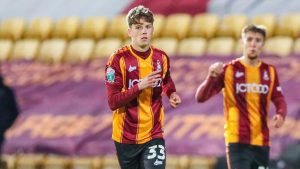 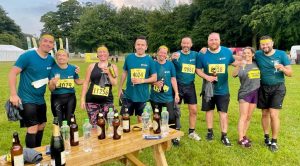 Speak to one of our insurance specialists today.

or fill in your details in the form below and one of our experts will contact you to discuss your requirements.

“TL Dallas has provided trade credit insurance for the last 10 years, which has bought great peace of mind, whilst supporting the company’s growth. The TL Dallas team ensures that ACS can secure credit insurance cover for new and existing customers, as well as giving the best advice on slow payers and claims. They have recently helped with an appeal regarding the payment of a claim, helping with cash flow. The pride they take in their work is truly inspiring going above and beyond. Thank you for everything you have done and continue to do for ACS."
Leanne CleghornACS Technology Group Ltd
“We have dealt with TL Dallas for many years and have always found the staff to be very helpful and professional in all that they do. They are able to provide specialist knowledge and a bespoke service tailored to our specific needs, and the fact that they have an office on Shetland is a huge positive.”
Gary SpenceLHD Ltd - Lerwick
“Truly a job well done and really appreciate all the discussions on our behalf.”
“I have been most impressed by the customer service from TL Dallas when a problem was discovered in the bathroom of a property which I own, and which is rented out. They were very patient when personal issues caused a delay in a quote coming to them and again when there was a delay with the invoice. We also couldn't be more delighted with the swift payment of our claim by the claims handling team at Aviva.”
“Just a brief note to say how grateful I am for all your help sorting out the hotel policy this year. Over the years I have valued your cooperation in getting not only the most appropriate cover but at the best price.”
“I immediately recommended TL Dallas given the experience and the excellent service levels we have enjoyed at our company.”
“Three generations of Whitby Morrison have worked with TL Dallas for insurance needs. The support and service received just gets better year on year. The team are always on hand to offer guidance and advice whilst scouring the market for the perfect balance between price and product.”
“As a business we have worked with several members of the TL Dallas team, and yet it always feels like you’re dealing with the same person. The transition is always seamless, and their customer knowledge is second to none. As a client, you really do matter to them.”
"Whether you’re an established business, just starting out, publicly or privately owned, TL Dallas will take care of your every need, product, and price.”
Ed Whitby
“I just wanted to say once again how impressed I always am with your team – no matter who I speak to – and I think that’s very special. Your team are always excellent with their service and we always tell as many people as possible about you! I just wanted to pass this on, as you are clearly doing something very right and have been for a long time!”
“Thank you for your excellent service over the years.”
“Thank you so much for all your help and ongoing advice. It is so good to have someone advising us who is local and has so much understanding, not only of the business, but all the other influencing factors, as well and who totally understands what our business needs.”
Mary SharpShetland Control Systems Ltd
Previous
Next

We use cookies to improve your experience and enable certain functionality. You may delete or block cookies from this site, but parts may not work. By clicking any link on this page you are giving your consent for cookies to be placed on your device. Read More